Is your shower making you sick ?

Home/Water/Is your shower making you sick ?
Previous Next

Is your shower making you sick ? 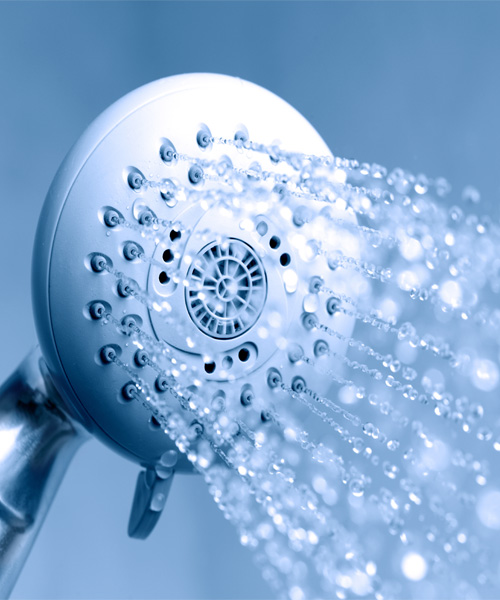 This is nothing new. As far back as the seventies Scientists were writing reports on this subject hoping to
change what people know about the water in their homes. Unfortunately these warnings have mostly fallen on deaf ears and today we still put our families and ourselves at risk, yet we are hearing less and less from anyone on the subject.

“Taking long hot showers is a health risk, according to research presented last week in Anaheim California, at a meeting of the American Chemical Society–and to a lesser extent baths–lead to a greater exposure to toxic chemicals contained in water supplies than does drinking the water. The chemicals evaporate out of the water and are inhaled. They can also spread through the house and be inhaled by others. House holders can receive 6 to 100 times more of the chemical by breathing the air around showers and bath than they would by drinking the water”

“Studies indicates the suspect to chemicals can also be inhaled and absorbed through the skin during showering and bathing.” “Ironically, even the chlorine widely used to disinfect water produces Carcinogenic traces.” “Though 7 out of 10 Americans drink chlorinated water, its safety over long term is uncertain.” “Drinking chlorinated water may as much as double the risk of Bladder Cancer, which strikes 40,000 people a year.”

“A long hot shower can be dangerous. The toxic chemicals are inhaled in high concentrations.”

“On one hand, chlorination has freed civilization form the constant dangers of waterborne epidemics. On the other hand in the mid–70’s scientists discovered that chlorination could create carcinogens in water.” “80%of the population drinks chlorinated water.” “There was a higher incidence of cancer of the esophagus, rectum, breast, and larynx and of Hodgkin’s Disease among those drinking chlorinated surface waters.” “Volatile organics can evaporate from water in a shower or bath.” “Conservative calculations indicate that inhalation exposure can be as significant as exposure from drinking the water, that is, one can be exposed to just as much by inhalation and/or dermal absorption.”

IS YOUR WATER SAFE TO DRINK?
Consumer Reports Books

“Skin absorption of contaminant has been underestimated and ingestion may not constitute the sole or even primary route of exposure.

“Showering is suspected as the primary cause of elevated levels of chloroform in nearly every home because of the chlorine in the water.”

“A Professor of Water Chemistry at the University of Pittsburgh claims that exposure to vaporized chemicals in the water supplies through showering, bathing, and inhalation is 100 times greater than through drinking water.” “As chlorine is added to kill pathogenic microorganisms, the highly reactive chlorine combines with fatty acids and carbon fragments to form a variety of toxic compounds, which comprise about 30% of the chlorination by–products.” “During the mid-1970’s monitoring efforts began to identify widespread toxic contamination of the nation’s drinking water supplies, epidemiological studies began to suggest a link between ingestion of toxic chemicals in the water and elevated cancer mortality risks. Since those studies were completed a variety of additional studies have strengthened the statistical connection between consumption of toxins in water and elevated cancer risks. Moreover, this basic concern has been heightened by other research discoveries.